Miss A is ready for a comeback! > K-POP

Miss A is ready for a comeback! 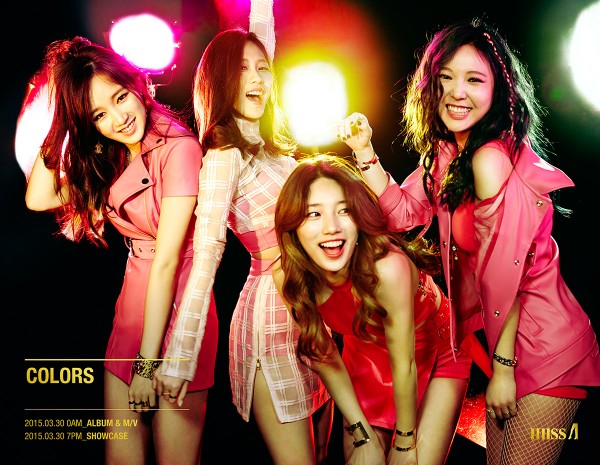 Miss A to make a comeback with a new album “Colors” on March 30, which is the same day of EXO’s Comeback. JYP Entertainment released Miss A’s teaser on March 18 at midnight. Members of Miss A dressed in neon pink. JYP Entertainment said “We prefer not to talk about Suzy’s relationship with Lee Min Ho, but we won’t avoid to answer at the MISS A’s comeback showcase.”

Miss A is a girl group consists of 4 members, Suzy, Min, Fei, and Jia. The name Miss A means “Miss Asia.” Miss A debuted in the year of 2011 with the single album “Bad Girl, Good Girl,” and they topped Korean music charts such as melon chart. Miss A awarded as the best female group at the Pop Asia Awards.