SHINee will hold the concert “SHINee WORLD IV” in Seoul! 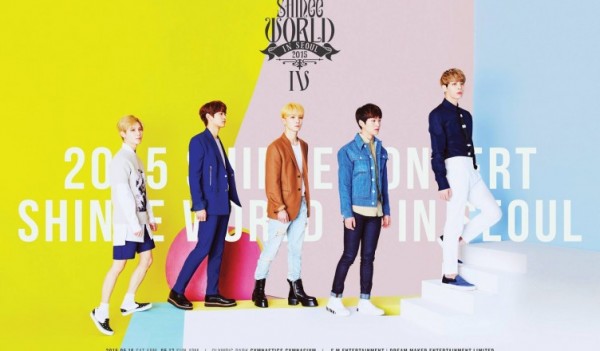 SHINee is male idol group of SM Entertainment consists of 5 members: Minho, Key, Onew, Jonghyun, and Taemin. SHINee made their debut in the year 2008 with the single album “Replay.” They received total of 42 awards including “Most Popular Korean Singer” at the Singapore Entertainment Awards, and “Global Star” at SBS “MTV Best of the Best.” SHINee recently had a concert in Japan, and sold out the Tokyo Dome.

prevLee Young Ae will return to dramas after 11 years
nextPSY received “The Most Influential Star” award at the QQ Music Awards 2015!
Change Language