HyunA and Pentagon E’DAWN admitted they are in a relationship. > SPECIAL

HyunA and Pentagon E’DAWN admitted they are in a relationship. 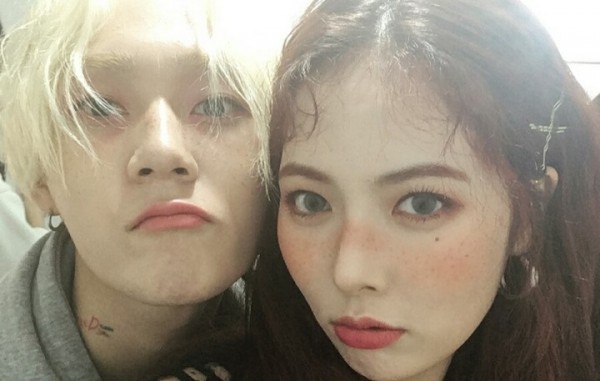 Aug 3, HyunA and Pentagon E’DAWN admitted they are in a relationship for two years through an interview with the media.

Later on HyunA uploaded a cap screen of the above interview and left a message to her fans saying ‘I wanted to be honest. For fans whose always support and cheer for us, I will stand on the stage with pride and work hard for each stage. I know it is not enough just by saying thank you and I love you but there seems to be no other word better than this.

prevRed Velvet successfully wrapped up their second solo concert.
next(Feature) Korean artist who have enlisted in the first half of 2018
Change Language